Following the trend present in the largest and most recognised hospitals in the world, we have created the first Wellness Medicine Clinic in Poland as part of the Medicover Hospital.

WHAT IS WELLNESS MEDICINE?

WITHIN A YEAR, WE PERFORM: "Our clinic stands out, above all, by its exceptional approach to each patient, depending on their sex. The particular services have been developed with account being taken of the specific needs of men and women."

Management of the clinic was taken over by dr n. med. Ewa Kempisty-Jeznach, who is the only specialist in male medicine in Poland to have obtained an international certificate in Germany. She also specialises in general diseases and internal medicine.

She ran her own private Male Medicine Clinic in Frankfurt am Main for 32 years.

We employ the best and the most experienced specialists in Poland. The majority of our medical staff have obtained the degree of Doctor of Medicine and have many years of practical experience.

Our physicians and specialists work closely together to ensure a truly holistic, 360-degree approach to therapies. 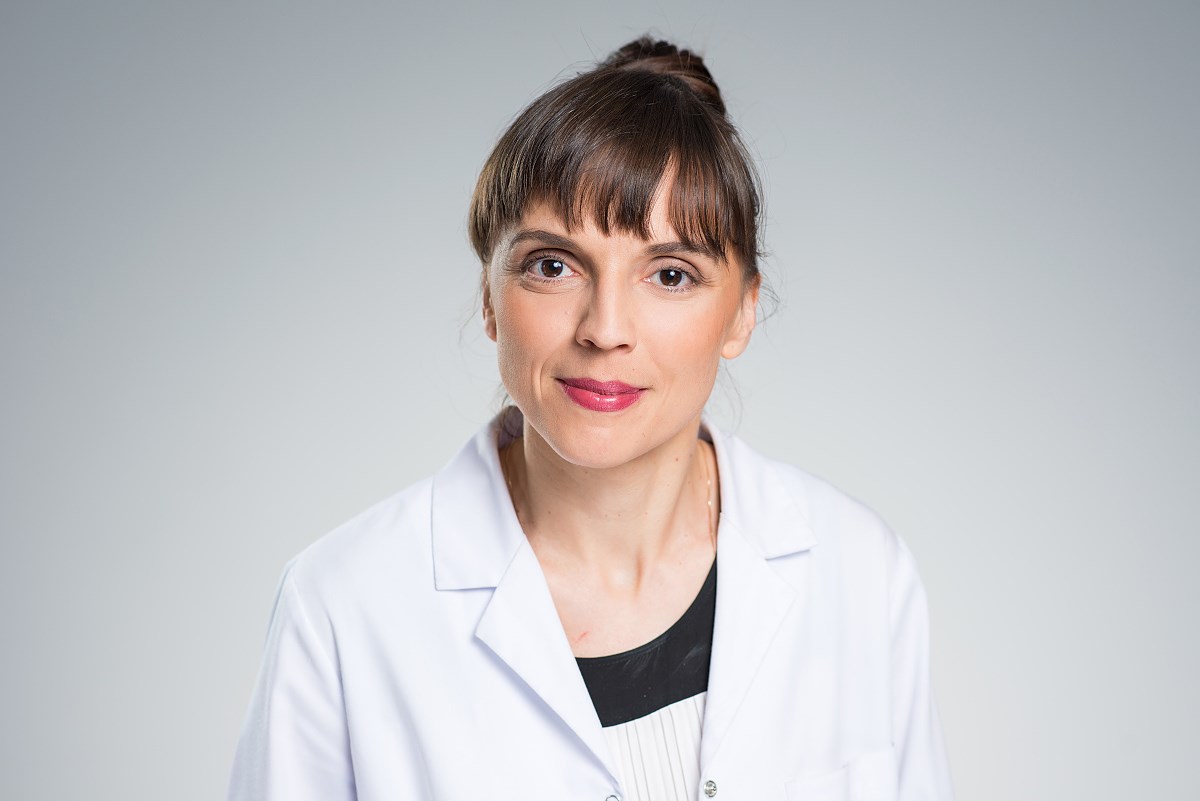 dr Krystyna Guzek - internist. She completed second-degree studies at the Medical Faculty of the Medical University of Warsaw. She obtained specialisation in internal diseases during her residency (2014-2016) at the Institute of Cardiology in Warsaw. She has been extending her knowledge in cardiology for many years. She has completed a number of courses and workshops in echocardiography and is now successfully conducting research in this field.In her daily work, she treats patients with cardiac insufficiency, arterial hypertension, coronary heart disease and other conditions of the circulatory system. During her studies she worked as a volunteer and, after graduation, as a senior assistant for the Department of Clinical Endocrinology of the Medical Academy in Warsaw. She participated in works and research on reproductive endocrinology under the supervision of Prof. J. Teter. During that period, she carried out innovative serum and blood hormone identifications and their chromatographic separation.

She continued her interests in endocrinology in the Department of Endocrinology at the Medical Postgraduate Training Centre (CMKP), where – apart from participating in clinical works – she ran a laboratory for identifying blood hormones, for which she had gained the necessary knowledge during her scholarship in StatensSeruminstytut in Copenhagen, as well as through cooperation with the Institute of Animal Physiology and Nutrition of the Polish Academy of Sciences (Prof. B. Barcikowski).

She obtained her doctoral degree in endocrinology under the supervision of Prof. W. Hartwig, and then was transferred as a senior lecturer within the same higher education institution to the newly-created Department of Cardiology at the Medical Postgraduate Training Centre (CMKP). In the Department, she continued her interests in endocrinology in the broad aspect of circulatory system diseases – particularly with regard to coronary heart disease, myocardial infarction (MI), hypomagnesaemia and the etiology of hormonal disorders in post-MI women. She is an author of papers and chapters in textbooks on the subject. She is a graduate of the Medical University of Warsaw in the Faculty of Dietetics and Clinical Dietetics. She also obtained her specialisation in “Dietary support in sport” from the Academy of Physical Education in Warsaw.

The work with patients is not merely her profession but also her true passion that she has been pursuing for 9 years. She specialises in the treatment of obesity by means of conservative techniques but also treats cases following bariatric procedures. She has extensive knowledge in the area of nutritional therapy of autoimmune and civilisation diseases.

She constantly improves her competencies at foreign congresses and symposiums with a view to offering her patients state-of-the-art therapeutic solutions tailored to their individual needs. She conducts appointments both in Polish and in English. A graduate of doctoral studies at the Higher School of Agriculture in Warsaw in the Faculty of Sciences on Human Nutrition and Consumption, where she carried out research work and didactic courses for over six years. She co-authored a number of scientific publications and textbooks for students of the Food Toxicology and Human Nutrition.

In her professional work, she not only focuses on food counselling but, above all, supportspatients in changing their lifestyles and eating habits. The principles of nutrition she develops are always tailored to the individual capacities of her patients, their lifestyles and culinary tastes.

She holds the view that a well-balanced diet can successfully treat a number of psychosomatic symptoms. She graduated from the Medical Academy in Białystok.

She has the second-degree specialisation in Gynaecology and Obstetrics. She specialises in laparoscopy and aesthetic gynaecology.

She has completed a series of specialist training courses on vaginal lifts, vaginal mesotherapy and labial correction, under the supervision of Dr.CiroAccardo, the world-class specialist in aesthetic gynaecology from Milan She graduated from the Warsaw Medical Academy, specialising in internal diseases and endocrinology. He has been trained to be a urology consultant.

He has many years of professional experience in general, oncological and functional urology.

He has been an assistant at the Department of Urology of the Medical University of Warsaw.

He is passionate about operative, classical and endoscopic urology.

Moreover, he deals with andrology and the treatment of male infertility. lek. Julita Zalewska - cadiologist, a graduate of the Medical Academy in Warsaw, She specialises in the non-invasive assessment and treatment of circulatory conditions.
In her work, she deals with comprehensive, non-invasive diagnostics. In particular, she conducts echocardiographic examinations, Holter examinations and cardiac stress tests.

She completed numerous echocardiographic courses carried out under the auspices of the Echocardiography Section of the Polish Society of Cardiology.

She completed her specialisation in cardiology at the Międzylesie Specialist Hospital, where she is also a senior assistant in the Department of Cardiology. He is a clinical sexologist, pedagogist, family adviser, as well as certified counsellor on HIV/AIDS, specialist in public health. He is also the Head of the Department of Biomedical Fundamentals of Development and Sexology at the University of Warsaw, and the Head of the Department of Sexology, Counselling and Resocialisation at the University of ZielonaGóra.

He is the initiator and organiser of Nationwide Debates on Sexual Health. Moreover, he is the Honourable Member of the German Society for Sex Education (DGG). Since 2010, he has been the Research Associate at the Kinsey Institute for Research in Sex, Gender, and Reproduction in the Indiana University (USA). He is also a member of the Polish Sexological Society. In the years 2005-2011, he was the Scientific Secretary of the Polish Academy of Medicine, distinguished with the gold medal of the Albert Schweitzer World Academy of Medicine for the humanisation of medicine. He received the award of the Minister of Health many times and, in 2013, he was recognised with the Award of the Minister of Science and Higher Education the lifetime scientific achievements. In 2017, he was chosen one of the hundred most influential people in the Polish medicine in the poll organised by the Polish medical bi-weekly magazine entitled PulsMedycyny.

He is an author of Polish and international research on human sexuality. He promotes the knowledge on sexual health in the press, as well as on radio and television. He provides both individual and family counselling services in crisis situations affecting couples, relationships and sexological problems of individuals at different stages of a person’s life. He works with hetero- and non-heterosexual individuals who are either single or in a relationship.

Want to know more?
We will call you back.